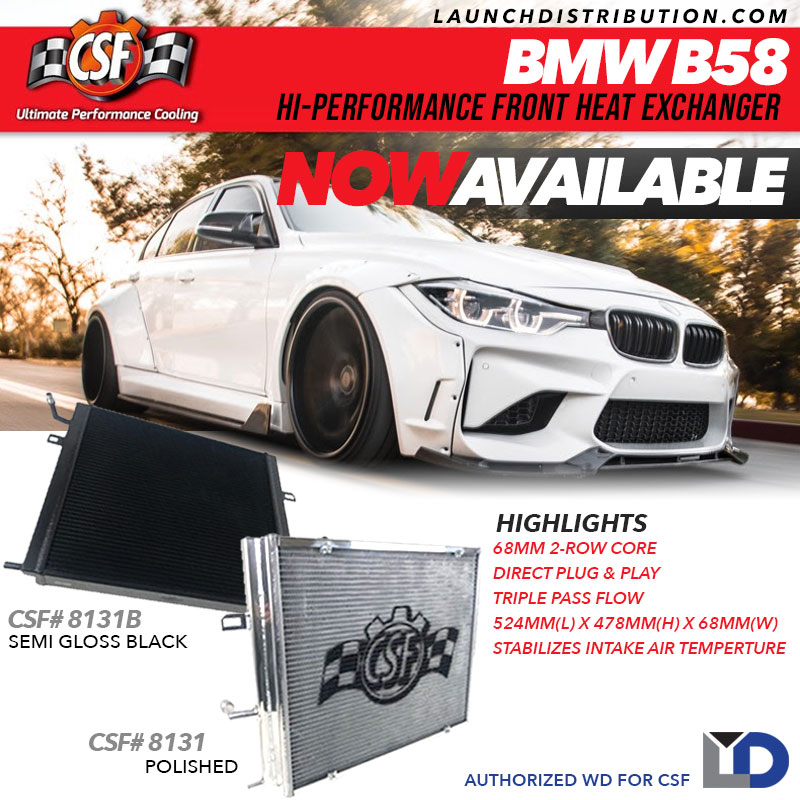 The BMW F-series B58 engine is found in a wide array of BMW vehicles (M140i, M240i, 340i, 440i). The motor is similar to the S55 engine found in the latest generation F8x M3/M4 (and new M2 competition) in that it has an indirect water-to-air charge cooling system with a supplemental front mount heat exchanger to cool the water that circulates through the charge cooler. However, unlike the S55 motor, the BMW B58 charge cooler is built into the plastic intake manifold housing.

In the meantime of continued development of its high-performance manifold charge cooler, CSF has first released their new BMW B58 heat exchanger for BMW F-Series vehicles. CSF’s new high performance B58 heat exchanger drastically reduces water temperatures in the charge cooling cycle, which in turn reduces and stabilizes the intake air temperatures of the engine. With many unique features, included accessories, and of course, industry-leading performance, it’s without a doubt the best option on the market for every consumer whether it be for a daily driver or a high-performance race car.